We pride ourselves on our customer service and professionalism. If quality laser hair removal, IPL photo-rejuvenation or tattoo removal is what your after, the results that our clients achieve when they come to us is second to none. Our skin treatments are customised, providing both relaxing traditional skin care facials as well as specialsed skin treatments for problematic conditions. Conditions such as chronic acne, rosacea, facial hair, dry flaky skin, capillaries and red veins are just a few of the many conditions we treat. The DMK 6 layer peel is particularly good as an anti-aging treatment and brings new young cells to the surface skin layers. Our extraordinary team of award winning, professional medical esthiticians and beauty therapists will help you achieve your skin care goals through education, home prescriptives & and customised facials.

Skin Sensations has been an award winning salon since it opened its doors in Toowoomba of August 1998.

The award was based on customer service and client education and the continuing education of our team members. Skin Sensations held that distinction for the next 5 years while also being ranked in the top 10 in the country. Since then with the huge swell in the beauty industry and salons springing up everywhere, Skin Sensations has managed to stay consistently in the top 5 in Queensland and has managed to retain its ranking nationally.

With our team of “top of the class” graduating team members, Skin Sensations won the top Grand Central retail award in 2005 and was one of the top finalists the following year in 2006.

That same year Skin Sensations was amongst the top 5 finalists in the Toowoomba Business awards held by the Toowoomba Chamber of Commerce.

Skin Sensation has been with Dermalogica, since it began in 1998. Every year it has been given the prestigious honour of being a Platinum circle salon.

In the last 7 years a new V.I.P. Platinum Circle category has been created, again with Skin Sensations being amongst the chosen few.

We took on DMK Danne Montage King premedical skincare products and the first year were awarded and continued year after year with awards from clinic of the year and Therapist of the year.

At Skin Sensation we have a belief that we are the best and we are the competition. Our commitment to getting the results and customer service are paramount. We are constantly changing and trying new things so our clientele are always treated with kindness and patience, a smile and a nod, and of course, never bored.

Above all we have you, the loyal customer to thank for our awards and ultimately our success. Thank you! 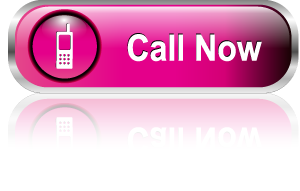